Full Name
David Borlo
Job Title
CEO & Managing Director
Company
Salt Flats
Speaker Bio
David Borlo has been an entrepreneur, startup advisor and investor for 25 years and believes that the path to working faster and smarter to solve the complex problems of our digitally disruptive world requires collective intelligence, lean startup methodologies and a new venture mode. Throughout his career, David has been at the forefront of disruptive technology. As a founder of the digital signage revolution, he accomplished dozens of hospitality industry firsts including the first fully digital menu-board created for McDonald’s eventually disrupting the point of purchase industry. Years later he led business development and strategy for the startup team of DVDPlay which was the technology that became Redbox and aided in the disruption of the retail movie rental industry.

He currently leads a team of innovation specialists that uncover technology opportunities, disruptive or otherwise, that deeply effect the continued economic growth of corporations and then builds prototypes that capitalize on those opportunities.
At the root of it all, David feels that the single most import question we should all ask is: What will your business look like when the good or service you provide is digitally disrupted and fully networked? 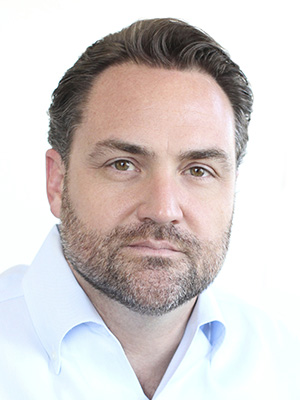