Based between the UK, France & US and a French by nationality, Romain has a successful track record in IT supporting the integrating of major acquisitions and driving business and IT transformations, working across multiple functions and demonstrating success in emerging and established markets. He has lived and worked in Europe (UK & France) and the US and has 10+ years experience in global IT leadership roles.

In his current role, Romain has P&L accountability for an IT budget of $250m+ with direct line management for a team of 200+ associates spread globally. Romain is reporting to the Chief Digital Officer Mars, Incorporated and is a member of the Global IT Leadership Team. 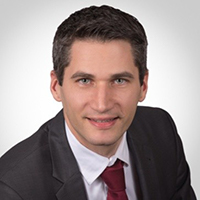