Full Name
David Matthews
Job Title
Managing Director
Company
REVTECH
Speaker Bio
David Matthews is an entrepreneur and venture capitalist with 25 years of experience in building companies from startup to fruition and investing in software startups. His venture capital funds have deployed over $150M into more than 50 investments during the past 16 years. Successful exits include Green Mountain Energy (sold to NRG), Fiber Systems Int’l (sold to Amphenol), PeopleAnswers (sold to Infor), Spawn Labs (sold to GameStop), and Zaadz (sold to Gaiam). His investments have become increasingly focused on innovative technologies for the retail industry and new retail models.

David founded Trailblazer Capital, a micro-VC fund with a regional focus on Texas and Oklahoma, in 2006. Trailblazer was initially funded with proceeds from the sale of Michaels Stores, a Dallas-based specialty retailer. David and other Michaels’ investors committed 75% of the capital for Trailblazer's first fund. The investment that returned a multiple of that fund's capital was Spawn Labs, a platform that enabled remote participation in console video games. Spawn Labs was acquired by GameStop, a Dallas-based specialty retailer, in 2010. Trailblazer raised a second fund in 2011 that has now deployed nearly $30 million in 10 investments and 5 accelerator funds.

In 2011, David founded REVTECH, a seed capital fund and accelerator program focused on tech innovation for the retail industry. REVTECH has funded 30 companies to date, half of which were able to attract seed funding of $250k or more, and 4 of which have scaled revenue above $1 million annually. Total capital formation into these startups has been over $9 million and over 200 jobs have been created. REVTECH has created an impressive mentor network with over 100 entrepreneurs, investors, and retail industry executives. 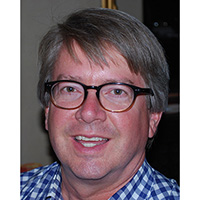