Before joining PEOPLE en Español, Morales was a staff writer at The Miami Herald where she covered education and City of Miami politics. She was part of the team that won the 1999 Pulitzer Prize for investigative reporting for coverage of widespread voter fraud in the 1997 Miami mayoral election. Before that, she was a staff writer at El Nuevo Herald, the Spanish-language edition of The Miami Herald, where she covered everything from the aftermath of Hurricane Andrew to immigration, elections in Central America and the Contra rebels in the mountains of Nicaragua.

During those years, Morales won The Goldsmith Prize, a National Headlines award and awards from the Society of Professional Journalists and the National Association of Hispanic Publications for her investigative reporting and other coverage. 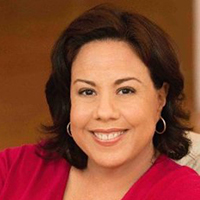