Prior to Facebook, Garcia was a television sales leader at Univision Inc., where he coached brands on tapping the explosive and often underserved US Hispanic audience. Before that he created television and print ads for the award-winning “Priceless” campaign as part of Mastercard's North America Brand Building group. 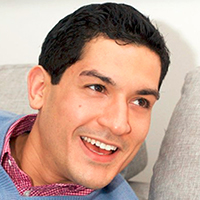